Sign up for News & Offers now and you'll be first to hear about new performance dates, special offers and competitions.

Blog » In the Night Garden Live Hall Of Fame

In the Night Garden Live Hall Of Fame

What do Robbie Williams and Adele have in common?... They both love In the Night Garden Live!

Some have been VIP guests at celebrity gala events. Others have appeared unannounced, to enjoy In the Night Garden Live with their children along with all the other families!

Our most famous visitors have included singers Adele and Robbie Williams. Both parents booked tickets to see the show at The O2 in 2014. It was fantastic to see these megastars enjoying a special family day out with us. Both parents were so down to earth and they clearly loved seeing their favourite characters as much as their children did! 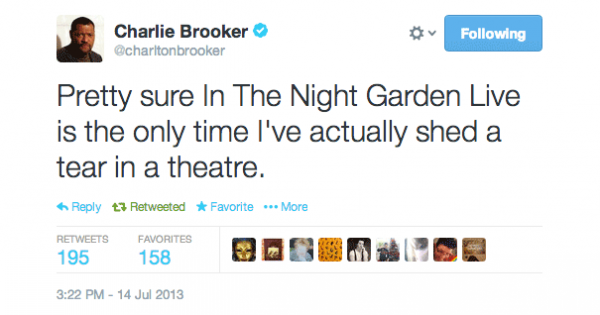 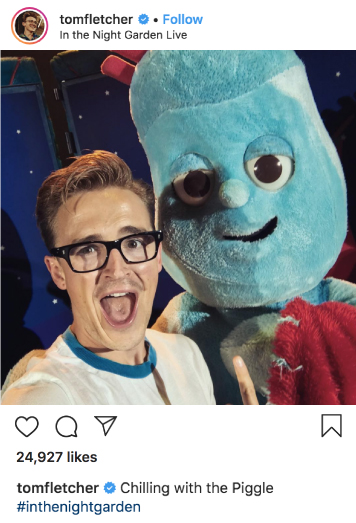 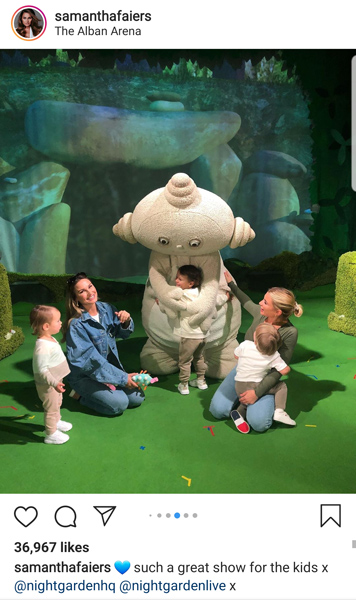 We hosted our first celebrity gala performance in 2010 to celebrate the grand opening of In the Night Garden Live. Amongst the famous faces enjoying the show were singer and actress Billie Piper with her son Winston.

We also welcomed Martin Freeman, star of The Hobbit and Sherlock, along with his actress wife Amanda Abbington. Martin Freeman really got into the spirit of a family day out at In the Night Garden Live - here he is enjoying some colouring-in and meeting Upsy Daisy. 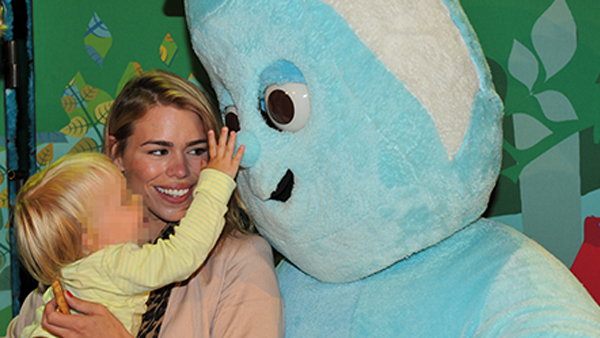 During the last 10 years of touring In the Night Garden Live, we have welcomed a host of celebrities at the show, including singers, soap stars, models, journalists, sports people and TV presenters.

S Club 7 singer Rachel Stevens and her family have enjoyed In the Night Garden Live so much that they have been to see the show three times!

Our celebrity visitors have shared some great tweets too – see some of the best tweets and photos in the galleries below!

Liberty X’s Tony Lundon tweeted: “Turned down every party invite for years, but not this one: I’m more excited than my son to meet Igglepiggle tomorrow!”

Satirical journalist Charlie Brooker said: “Pretty sure In The Night Garden Live is the only time I’ve actually shed a tear in a theatre.” 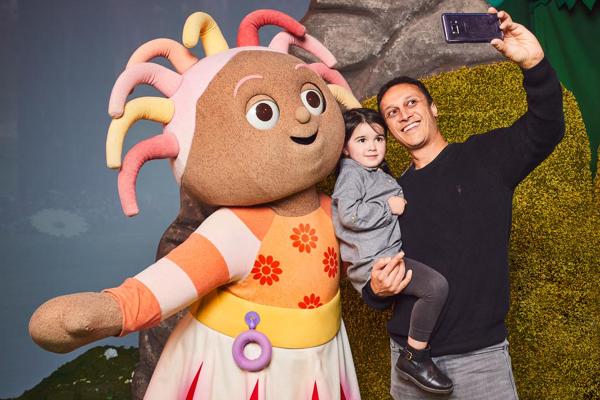 We even caught Emmerdale Actor, Chris Bisson and his little one taking a selfie with Upsy Daisy in our 2019 tour gala!

Have you sat next to a celebrity at In the Night Garden Live? What celebrity families would you like to see at the show? Tell us in the comments!

7 Reasons To Book Early For In the Night Garden Live